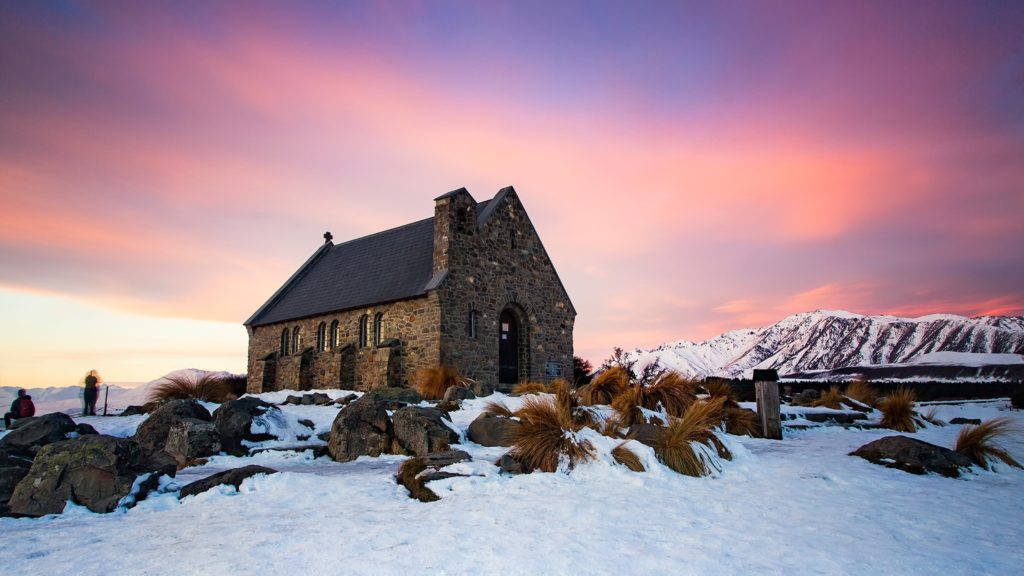 The majority of water flowing into the headwaters of Lake Tekapo comes from large river systems that extend right back into the valleys of the Southern Alps. Feeding these rivers are large glaciers. Glaciers are slow moving rivers of ice. Glaciers start as fallen snow high on the mountain plateaus of the Alps. As more and more snow falls, the weight of the new snow compresses the older layers until it becomes a thick, heavy layer of ice. Gravity draws the ice from where it formed and down the slopes of the mountains. Just like water, the ice collects in valleys and pushes its way down the valley, ripping loose rock from the valley walls and trapping it in the moving ice.  Any rock trapped against the sides of the ice flow is ground, with huge force, along the solid rock of the valley floor and walls. Such is the force, the grinding action of rock against rock results in a powder as fine as flour. It is often referred to as glacial flour. The fine flour is carried with the ice down the valley until the warmth of the lower altitude reduces the ice to water.
In the case of Lake Tekapo, the glacial flour continues its journey in the river waters of the Godley, Cass and Macaulay rivers until it flows into the lake where the majority remains suspended within the water. This results in the turquoise colour.